Well, it’s a new year and we are already a few weeks into it. Unfortunately, I spent the first week or so sick and recovering which gave me plenty of time to think about what I want to get accomplished this year. I am maintaining my 50 books per year reading challenge and have already finished three books so far which is a pretty good start. I am technically halfway through two books as well but I will talk about those in a bit.

I plan on getting some writing done this year (finally) as I was unofficially on a writing hiatus as I worked on my MBA. Now that the degree is finished, no more excuses. I’m really excited to attend a convention later this year which I have already registered for. It will be my first time attending WorldCon and I hope that the world is in a much better place and events like this stop being cancelled, postponed, and we are free and clear to actually spend time in groups. I would hate to cancel yet another outing, but safety first especially now that I have a little one that is always on my mind.

But this post is about a reading list for the beginning of the year. So far, I have read We Watch You by N.S. Ford which was a great mystery/thriller. I just finished Negotiating with the Dead by Margaret Atwood where she talks about the craft of writing and more. I am halfway through Blindness by Jose Saramago. I have to admit that this is the first time I’ve deliberately put a book down and taken time away from reading it. There was a scene that was really disturbing. I’ve not finished books before due to lack of interest or put it away to try again another time. This book I do plan on finishing but had to take time away because the disturbing scene in question just put me in a bad state and I needed to give myself time to recover before going back to it. The book is interesting and I think is good overall, and I may end up writing a recommendation for it if that turns out to be true.

The other book I’m technically halfway through is the Sandman comic series which I purchased last year in the Omnibus editions. There are three volumes, approximately 1000 pages each, that contain all the Sandman comics and extras. I am halfway through the second omnibus volume and will get back around to finishing the series. I think I paused this one because I came to the end of a story arc and life got busy and all that jazz. I compare it as the equivalent of pausing a show at the end of a season with the full intention of finishing the series. It was a good stopping point, but I plan to restart soon. 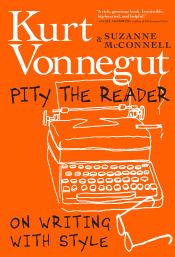 With all that out of the way, I will now get to the few books I aim to read in the next few months. I just started Pity the Reader by Suzanne McConnell & Kurt Vonnegut. This book is primarily Kurt Vonnegut’s discussion of the craft of writing and more, but it was compiled and written by Suzanne McConnell who was a student, peer, and lifelong friend of Vonnegut’s. I look forward to digging into this one. 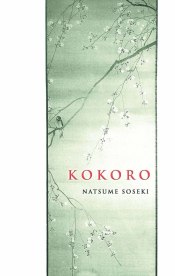 Next, I plan to read Kokoro by Natsume Soseki. I came across this book randomly and it caught my attention. It was first published in 1914, two years before Soseki passed away. Kokoro translates roughly to mean “the heart of things” and this book, at about 180 pages and told in three parts, is supposedly his most popular work. I had never heard of Soseki before stumbling across this book but I may explore more of his work if I enjoy this one. 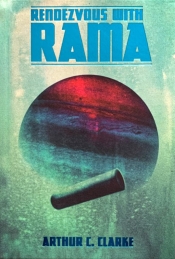 I also want to read Rendezvous with Rama by Arthur C. Clarke. The only book of Clarke’s that I’ve read so far is 2001: A Space Odyssey and this one came on my radar when it was announced it would be adapted into a film by director Denis Villeneuve who directed the recent adaptation of Dune which I enjoyed. I’ve been meaning to read more of Clarke’s work and now this will prepare me for the film as well whenever it comes out.

So these three are what I aim to read in the next several weeks (I’ll probably finish Blindness as well). Of course life continues to be busy and trying to navigate our crazy world can distract from enjoying our hobbies. I hope you find some time for reading or whatever you enjoy doing. If you can’t find time, then make some time. You’ll likely thank yourself later for doing so.