This time I’m listing memoirs and biographies I’ve read these past several years that I enjoyed. Several of them are about authors or actors I like, but some are simply ones I found or heard about and eventually read.

This Boy’s Life & In Pharoah’s Army

These first two are by Tobias Wolff. The first recounts his unexpected childhood while the latter covers much of his time serving during the Vietnam War. I’m a big fan of Tobias Wolff and enjoy all of his fiction, but his memoirs are equally intriguing and entertaining. This Boy’s Life was actually adapted into film and won the Ambassador Book Award.

This memoir by Carrie Fisher covers her time during the filming of the first Star Wars movie and her eventual launch into stardom as the iconic Princess Leia. It includes a section that reprints her original diary entries from her time during filming including her affair with Harrison Ford. What I found most interesting was Carrie’s admission that she did not plan to enter the field of acting, and then her discussion of what it was like interacting with fans who only saw her as Princess Leia. She had to almost live a double life from the time of these events through the end of her life. I know she has several other memoirs and I plan to check them out sometime. 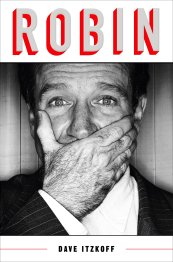 Dave Itzkoff’s biography of Robin Williams was released in 2018 and is a great, detailed account of his adult life. Most of the book events discussed are supplemented by accounts from Robin’s friends and family. The book covers his early years briefly, goes into how he became an iconic comedian and actor. It then ends briefly after his death to tell an all-encompassing account that gives us a holistic view into who he was and what he faced. I learned a lot about about him and I am glad I did. 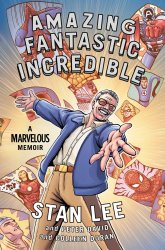 Amazing Fantastic Incredible is a graphic novel memoir of comic icon Stan Lee. This account is beautifully illustrated and shows a great history of the comic industry. It gives us an overview of Stan’s life (including his real name) but don’t look for any in-depth details of his life here. A full biography would be better if you want to know more about the man. However, this does give a great insight to the man who was behind many of the hugely popular characters in the Marvel Universe, and it is in his own words and his own style. 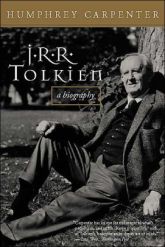 This biography of J.R.R. Tolkien by Humphrey Carpenter is, as far as I am aware, the best biography of the man behind The Lord of the Rings. I at least think it is the only authorized biography. Carpenter actually met Tolkien and had access to many materials and resources surrounding the author’s life prior to his passing in 1973. I, of course, greatly enjoy Tolkien’s works and enjoyed learning more about the man himself. If you read this and want a little more, I suggest watching the recent biopic titled Tolkien starring Nicholas Hoult. It only covers a brief part of his childhood and ends shortly after his time in the war, but I enjoyed it nonetheless.

What if Our World is Their Heaven? The Final Conversations of Philip K. Dick

This “book” is unique as I’m not sure it would be considered memoir or biography. It is a transcription of the last interview with Philip K. Dick. I randomly came across this book in a used book store and picked it up as I am a fan of PKD’s works. The interview covers a lot of areas, including the unfinished book PKD was working on at the time and his excitement at seeing early footage of the film Blade Runner which is an adaptation of his book Do Android’s Dream of Electric Sheep? Unfortunately, PKD died of a stroke months after this interview. I haven’t read a full biography of PKD, but I will likely do so in the future. However, I think this interview proves to be a great insight into who he was. 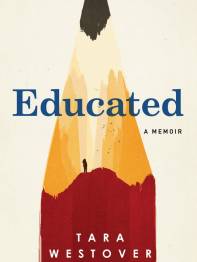 The most recent memoir I’ve read is Educated by Tara Westover and it is captivating. This book details Tara’s childhood through her eventual pursuit of a college education. She grew up without access to school but was always a highly curious child. Her father did not believe in education as he believed it indoctrinated people. He didn’t believe in modern medicine either. Both stem from his religious and personal beliefs. The events of Tara’s life are both shocking and, from an outside view, infuriating at times, but I think this book is important because it highlights more than the importance of knowledge. It highlights the importance of family and doing what is best for yourself.

Tesla: Man Out of Time

Margaret Cheney may be the best biographer of Nikola Tesla. She has written a few, but this one is a great resource if you are wanting to know more about the man who rivaled Edison and became an important figure in the development of electricity. Yes, he is also the person the Tesla Company is named after, but Nikola Tesla never had a company all of his own. I’m glad to see that he has not been lost to history since he is an important contributor to much of the technology we have today, and he continues to inspire and influence research into new technology.

As You Wish: Inconceivable Tales from the Making of The Princess Bride

If you are a fan of The Princess Bride, you will greatly enjoy this memoir by lead actor Cary Elwes. He recounts his time on the set and the making of the film and tells many stories that only make the fellow actors and the film even more lovable. Especially Andre the Giant. I recommend checking out the audiobook version because Cary narrates it himself and it includes snippets from fellow actors and production crew who give their accounts of events as well. This book adds to the film and will make you likely make you want to rewatch it while you read.

Victor Frankl’s memoir/psychological novel is small but powerful. This insight into Victor’s time inside a concentration camp during World War II not only gives us a glimpse into history and some of the worst things humans have done to each other, it analyzes the human psyche during such harsh conditions. However, I believe this little book is an insight into the human condition and provides a bit of hope through all the sadness. The first part is the memoir of his time during the war while the second goes into his own psychological theories.

Ernest Hemingway’s book telling of his times in Paris during the 1920’s was fun and insightful. I think it is a great glimpse into a bygone world as we are now almost exactly 100 years removed from the time it took place. I’ll admit my favorite part includes F. Scott Fitzgerald and a broken-down car, but this book gives a look into the life of the iconic author and the world he knew.