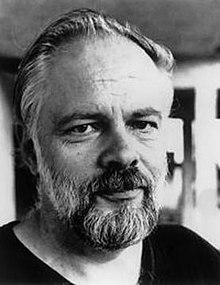 I’ve recommended a few books by Philip K. Dick (PKD) on this blog. In one of them, if I remember correctly, I mentioned how I first discovered his work. It was a very strange, roundabout way that I think is ironically fitting. Before I “discovered” who he was or what work he had done, I had already been exposed to several adaptations of his works. Many movies and shows have been based on his short stories and books. Perhaps you have seen some of them without realizing who first created the concept or idea. Many adaptations take many liberties that stray from the original story, and movies based on short stories obviously had additions, but at the core they are influenced by PKD’s work. Here are a few adaptations:

If you have seen any of these movies or TV shows then you have experienced PKD’s work. Perhaps, like me several years ago, you had no idea that this man was behind a piece of work you have seen before. So I guess you can say I first discovered/realized PKD the author around 2015 when one of his novels was mentioned by a character in a show I really enjoy. I discovered William Gibson from the same show. The show, an animated science fiction, dystopian future story, is called Psycho-Pass. The novel mentioned was Do Androids Dream of Electric Sheep? which subsequently became the first book of PKD’s that I read. I have read a few collections of short stories, the transcription of his final interview What if Our World is Their Heaven?, and I still have much of his work still to read. After all, he wrote 36 books and 121 short stories.

What I like about PKD’s work, especially the short stories, is that after I finish reading the story, I am still thinking about something. Many of his stories are centered around an idea or a social commentary that get my synapses firing and sometimes prompts me to have ideas of my own that I could use for stories. I can’t tell you which ones, but I know that a few stories I wrote for this blog were influenced in this way. Some of his stories were about social issues back between the fifties and seventies, but most are still relevant today. I remember reading a story about abortion around the same time new abortion laws were being made in several states in the U.S.. Not every social commentary story is that prevalent. Some are and some touch on lesser topics that are still relevant.

Another thing I find fascinating about his work is that much of his work is already dated in some way. The events in Do Androids Dream of Electric Sheep? happen in 2019. Obviously things turned out quite different (we still don’t have flying cars for f**k’s sake), but science fiction is never about “predicting” a future. It’s about talking about the current moment in a different perspective. This is why PKD’s stories are still fascinating and fun to read. I once referred to his work as “nostalgic science fiction” and I think that is still accurate. His stories are dated not only because they dated themselves by using futuristic dates that have come and passed, but because they cover topics that were prevalent at the time they were written. Topics that did not persist as the years passed. So even though the stories are futuristic they are also historical, and I think this adds to the magic of them.

There is no doubt that PKD writes an excellent story. Hollywood wouldn’t be using them if they didn’t think their adaptations would make a lot of money. I really enjoy reading them because I think the old adage “The book is better than the movie” rings true with probably every adaptation of his work. Granted, I haven’t read or seen them all, but the few I have lead me to hold strong to this assumption. I will be honest here though. I watched Blade Runner after I read Do Androids Dream of Electric Sheep? and I was thoroughly disappointed with the movie. This statement I’m sure will open a can of worms with those who love the movie and will try to defend it. I think the book was way better. I did enjoy Blade Runner 2049 despite its slow pacing, but that’s enough about the adaptations.

I will say that some of his stories have not aged as well as others and some are simply odd or outright goofy, but most are thought-provoking and meaningful. I have come to hold PKD’s works as essential additions to my little, personal library. He was an interesting man as well from what little I have learned about him. Most of which I learned in What if Our World is Their Heaven? The Final Conversations of Philip K. Dick, the transcription of his final interview. I randomly came across this book in a Half Price Books store and bought it along with a collection of PKD short stories. I had no idea the book had existed before then, but it caught my interest.

The interview was conducted three months before PKD died of a stroke in March of 1982 at the age of 53. He died before they finished filming Blade Runner, but he was able to see parts of the set and was really excited about the movie. It was the first film adaptation of any of his work. I also learned from this book/interview that PKD mainly read non-fiction. He taught himself Latin so he could read the bible in the original Latin because he wanted to see if anything had been lost as the book was translated throughout history. He read less and less fiction as he got older until he only read non-fiction. He also wrote books and stories extremely fast and sometimes at the cost of his health. He would shut himself away for days or weeks and pound out a full manuscript usually in about ten days. He often wouldn’t eat much during these projects and once mentioned mainly consuming only painkillers and alcohol for days at time. I was afraid this interview may prove to be one of those “never meet your heroes” kinds of thing because we often hold our heroes on a pedestal and can get a shock when finding out they are not anything like we believed, but I don’t build pedestals too high (I hope) and always remind myself that everyone is human. Anyway, I was glad to find out that this interview revealed a lot about the person I knew little about outside of his works and I was interested in almost everything that was said.

What if Our World is Their Heaven? also includes the description of the book PKD was working on before he died. A book that was never finished, but the concept and outline he provides in this interview makes me wish he had finished it. Then I remind myself that I’m lucky to even have the description he provides. The book would have been called An Owl in Daylight if my memory serves me right. It was a conceptual novel that was quite fascinating and involved extraterrestrials and life-after-death and religion and mixed them all together into a simple yet complex and thought-provoking story.

I think his stories greatly influenced the progression and possibilities of science fiction as a genre. His stories continue to get adapted into film and I think his work will persist and continue to influence people for many years to come. I sometimes imagine how I would be today if I had discovered his works earlier in my life. Perhaps they would have simply been another log in the fire that is my aspiration to become a published writer myself. I definitely hope that I can write some stories that are as thought provoking as many of his are. I also hope to influence and inspire others as his stories have influence me, and obviously the many people in the film industry. He may have passed away much too early, but he left us a large collection of great stories with which to remember him. I’m just glad I discovered them. They will likely remain on my shelf, even after I am gone, to be enjoyed by those who come after.